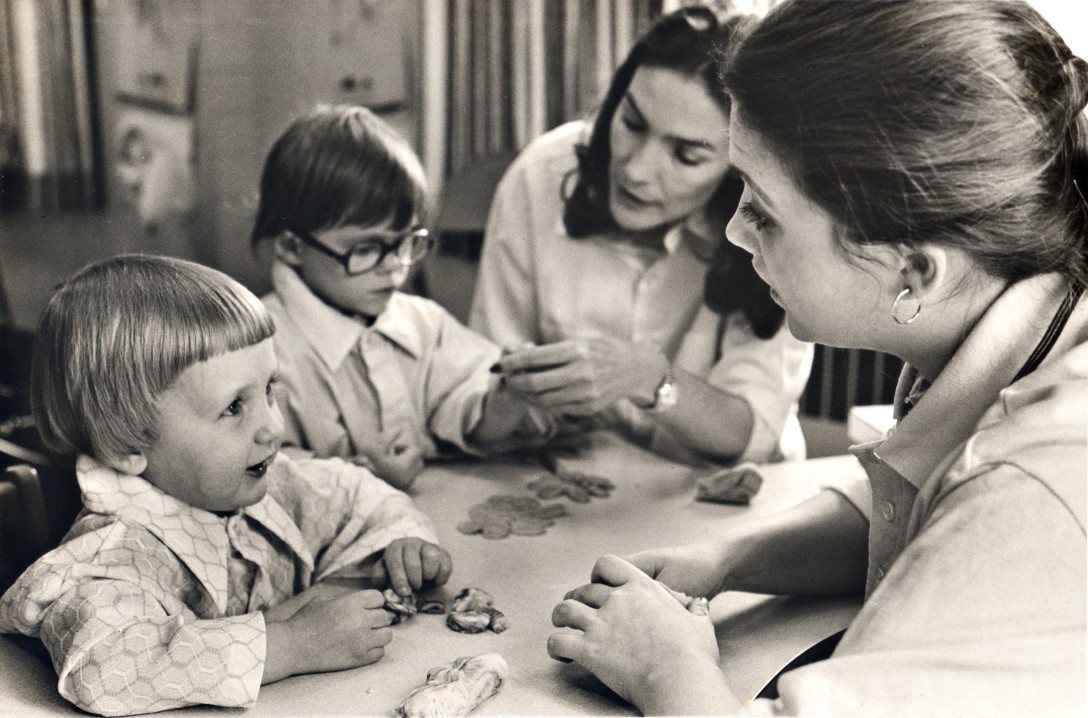 In the Christian gospel of Mark, there is a story of Jesus healing a child “possessed by a spirit that has robbed him of speech” and “throws him to the ground.” This story of Jesus healing a child is, in many ways, my own story. When I was one year old, I had ear infections, then grand mal seizures. I was treated for ten days in the hospital for viral meningitis, an infection of the membrane around my brain. I don’t remember any of it, which I count as a blessing. I’m told they drew fluid with a needle from my spine and strapped my arm down so I didn’t pull my IV out. I had learned to speak a good number of words, but the trauma either affected the speech center of my brain or scared me so bad I lost my confidence and desire to speak. Like the child who Jesus healed, I was possessed by something—a virus that attacked my nervous system, shook my body, rendered me mute, and threw me to the ground.

In my hometown in Southern Pennsylvania, my parents found a speech therapist named, appropriately, Vicki Dumm. The word “dumb” has been used to describe people who can’t speak, but Vicki gave me the confidence and skills to speak again. One day the local newspaper came and made this picture.

I’m on the left and Vicki is on the right. It ran with an article that mentions me by name. It says I “was speaking in one word sentences only.” Vicki is quoted as saying, “Travis is learning to interact with people and his use of words is steadily increasing.”

When Jesus drove the demon from the boy, those around him thought the child was dead. “But Jesus,” the story says, “took him by the hand and lifted him to his feet, and he stood up.” Along with the prayers and support of my family, I would say my speech therapist did something very similar for me. Like those healed by Jesus, I ask myself: Once healed, how am I to live? Do I squander the gift, forgetting that I’ve been given a second chance? I’d like to think I’ve made good use of this early work with words.

For much of my life, I’ve understood myself to be a writer. I had a bumpy start at that, though. In elementary school, I couldn’t learn to write legibly. Every time a report card came home, I would see the same grade under Penmanship: “U.” Unsatisfactory. I made up for it a bit by playing around on my parents’ typewriter. Then the day came when my dad went back to graduate school and brought home a word processor. It was old and used, but that didn’t matter. Seeing those green letters on the black screen, my imagination took off. I typed out stories inspired by baseball, movies, and the bible, and I began writing poems. I was encouraged by my teachers to keep writing, and I was on the staff of my high school literary magazine. In college, I took all the writing classes I could. Then I ended up at Bethany Theological Seminary, mainly for the Ministry of Writing program next door at Earlham School of Religion. I started getting poems published and wrote a thesis about poetry and worship.

When it was time to leave seminary, I didn’t know what I wanted to do until I thought back on the best experiences in my education. And they were all related to writing. I even remembered Vicki, who gave me the confidence to find my voice before I even put pencil to paper and hand to keyboard. So I began teaching writing classes at some of the local colleges.

For seven years, I’ve nurtured the writing lives of adults of all ages. Sometimes the students feel lifeless. They need someone, as Jesus did for the boy, to take them by the hand and help them stand on the ground. They need healing and human connection. In the classroom, students can provide that for each other. It can be from me, but it doesn’t have to be. Students can teach one another. Those beat down, made mute by an educational system that tells them they can’t write or their voices don’t matter, can guide each other to find their own voices on the page. I’ve seen fear driven out. In the writing classroom, I’ve seen the wounded come fully alive. These are the stories of redemption I love to witness, to write about, and to tell.

4 thoughts on “I Love to Write the Story: How I Became a Writer & a Teacher”